I caught this movie on Amazon Prime and while it wasn’t the worst I’ve been subjected to on there, it was decent at best. It was slow at times but ramped up in others. Give it a watch and let me know what you think! 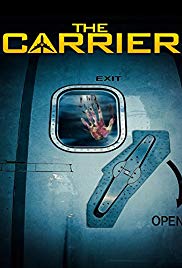 A group of survivors escapes an antibiotic-resistant pandemic by taking off on a damaged 747 jet to find safety abroad. However, when one person aboard proves to be infected, they are faced with a big decision.

Interesting Facts: After the plane lands, they’re on the tarmac and the wind is blowing, but the cgi smoke from the burning buildings is drifting into the wind; when Tobias is trying to contact Flight 108, he first calls them by his own flight number, 86, then corrects himself the second time, calling them Flight 108; and the pilot uses his onboard weapon to shoot someone in the head, and the bullet is shown to pass through the victim’s head (onboard weapons, however, are equipped with Glaser Safety Slugs, designed for shallow penetration in the event of a missed shot, and would not pass through a human head).