The Cured is a fantastic Zombie film that takes a look at what happens once the undead are cured. While it’s not the normal treatment for the zombie, it’s thought provoking and very well done! Give it watch if you’re looking for something a little different! 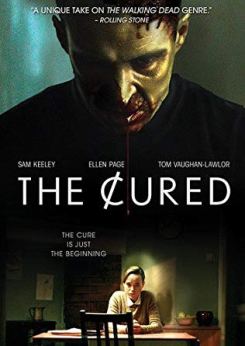 A disease that turns people into zombies has been cured. The once-infected zombies are discriminated against by society and their own families, which causes social issues to arise. This leads to militant government interference.

Interesting Facts: Some of the scenes were filmed in the old Belfast victorian prison called the Crumlin Road Gaol; Ellen Page allegedly bought the entire production crew pancakes on the last day of filming; and when Abbie and Conor talk in the park, Abbie’s shoulder bag changes from her right to left shoulder when she stands to leave.