It’s a new year and a new set of interview questions. First up in this author-centric series is Simon Neilson. So let’s take a few moments and hear from Simon himself as he tells us a little bit about who he is… 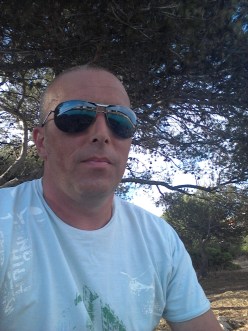 Been writing since the age of 13 but only decided to take the plunge into publishing approximately 5/6 years ago.  Has 3 novels, 1 novella and 1 audio drama already in the world and is currently working on 3 film scripts and an audio drama.

Thank you Simon and welcome. Now let’s delve into these questions. First up, tell us about your zombies? If the dead were to rise, do you think you’d stand a chance against them?

The zombies I write about are the raging virus style, the ones that move quick.  I find them scarier and harder to predict than the slow, shuffling kind (although I also use these at certain points).  I’d like to think I’ve done enough research to try and keep myself out of trouble

Interesting stance Simon – you’ve admitted you use the fast zombie archetype and still think you’d survive? Hope you’ve done your cardio!! What was your first experience with zombie media? Was that experience what drew into writing the genre?

The first zombie movie I ever saw was Dawn Of The Dead (1978), as a book the first one I read and still a massive favourite was I Am Legend and with comics I remember being given issue of Tales Of The Zombie from Marvel.  With any zombie media I am just fascinated with the apocalyptic style and the survival instincts of the characters involved in the stories.

Okay, now it’s time for a pop quiz: The item to your left is your only weapon during the Zombie Apocalypse. What is it and what do you think are your chances at survival?

A pen.  Well someone once said the pen is mightier than the sword, so why not lol

A pen? Against your fast zombies?? I don’t think you can write yourself out of this one! Tell me about your five favourite pieces of Zombie media.

I Am Legend (book)

Great choices! We all know that we sometimes have bad luck. Keeping that in mind, what song do you think would get stuck in your head, playing over and over again on an incessant loop?

Ding Dong The Witch Is Dead (Wizard Of Oz) – don’t ask me why I just find myself singing it all of a sudden at times (must get that looked at).

Thank you Simon for taking the time to answer my questions. For those of you who would like to keep up with what Simon has going on, you can find him on Facebook and Twitter.

Now let’s take a look at Chronicles of the Apocalypse… 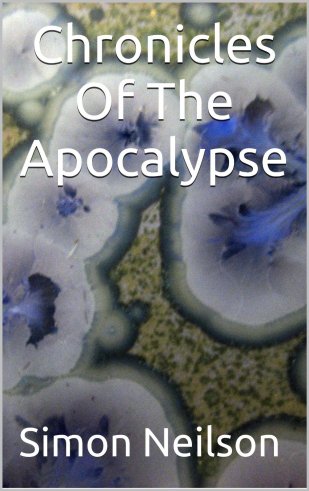 A virus hits England. Spreading quickly it soon sends the country into chaos. Dr. Marco van Breukelen is the man who is given the responsibility for collating the information as the virus happens.

What he uncovers is chilling.

These are the documents from those who saw the apocalypse up close and personal.

These are the Chronicles Of The Apocalypse