As the Summer of Zombie Blog Tour continues, I have the pleasure of interviewing organizer and author Armand Rosamilia. For those of you that haven’t been acquainted with Armand, here’s a few words about him… 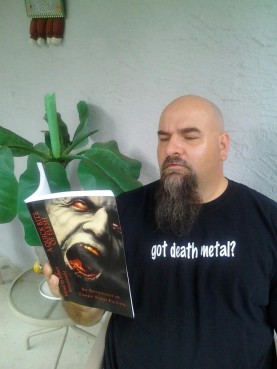 Armand Rosamilia is a New Jersey boy currently living in sunny Florida, where he knows the zombie apocalypse has already begun. And they are on the beach and driving too slow all around him. He is a prolific writer, with over 70 releases to date. He is also quite pleasing to the naked eye, and loves talking in third person. He also wishes he was rich and not so fat. Check out more of his insightful thoughts at http://armandrosamilia.com.

Welcome Armand. So tell us, why Zombies? Is there anything specific that draws you to the genre?

I wish I had a big, intelligent and cool answer… but I don’t. Zombies just kick ass.

Tells us about your latest project.

I just released Dying Days 3, the third instalment of the series (and conveniently numbered for ease)… it progresses the story, as well as the zombie apocalypse world itself and the changes that are starting to take place.

My zombies don’t want to just bite you, they want to violate you.

So, not the kind of Zombies I’d want to meet? Is there a Zombie novel that has influenced you more than any other? If so, what is it and why?

The Rising by Brian Keene started me on this zombie path, because it was a bit different and an amazing book.

I wasn’t aware of the Zombies in Beaches, but now that you mention it… Do you think the popularity of The Walking Dead and its appearance in mainstream media has helped to increase the popularity of the genre, or has there always been such an interest?

There has always been a smaller but rabid fan base for zombie fiction. TWD brought more people interested in zombies, and I hope some of them stick around once the series is over.

As we all know, music and slaying the Undead go hand in hand. Given these headings, what would be your Soundtrack to the Zombie Apocalypse?

1. Overall theme for the Apocalypse: World Painted Blood by Slayer

2. What plays when I kill my first zombie: Oops I Did It Again by Britney Spears

3. What plays when you’re chased by the horde: Run Runaway by Slade

4. When you have to kill a loved one: Love Hurts by Nazareth

5. When you find a group of survivors: Theme from Convoy

7. Making a Final Stand: Balls To The Wall by Accept

8. You’ve survived it all: Eye of The Tiger by Survivor

9. Then you discover a bite mark: Didn’t We Almost Have It All by Whitney Houston

10. End Credits: The End by The Doors

I’m sitting in Kokomo’s Café, so my coffee cup (after I finish the coffee, of course), a piece of six-layer carrot cake (my last meal, actually), these red chairs are heavy and will make a great weapon, the glass tops to the tables, and a fire extinguisher to bash some zombie braiinnnsss in.

You are screwed Armand – sorry… Now let’s take a quick look into Dying Days 3! Don’t forget to click on the cover in order to be whisked away to Amazon. 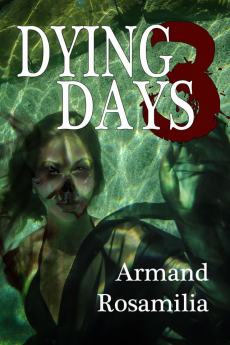 Flagler Beach Florida is a wasteland of ruin and gore, looted and picked clean of supplies… and now, Darlene Bobich and the other survivors have an even bigger problem… What could be worse than a mindless zombie horde? They are about to find out. Continuing the zombie series, “Dying Days”… extreme situations, extreme violence, extreme undead.

Thank you Armand for taking the time to answer my questions. If you’d like to find out more about Armand, you can find him on http://armandrosamilia.com.