Today my guest is Belinda Frisch, author of many novels; the newest of which is Cure. If you’ve yet to get acquainted with Belinda, it’s about time we fixed that! 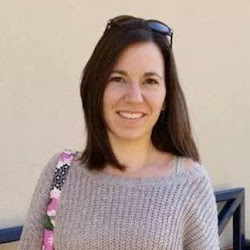 Belinda Frisch’s fiction has appeared in Shroud Magazine, Dabblestone Horror, and Tales of Zombie War. She is an honorable mention winner in the Writer’s Digest 76th Annual Writing Competition and the author of DEAD SPELL, CRISIS HOSPITAL: TALES FROM THE WORLD, THE WARD, AND THE BEDSIDE and CURE, the first in the Strandville Zombie Series which is a runner-up in the 2012 Halloween Book Festival and has been recently optioned for film.

Welcome Belinda, tell us: why Zombies? Is there anything specific that draws you to the genre?

Fifteen years in the medical community makes something about zombies, the undead and the viral aspects, intriguing.

Introduce us to your latest project; published or otherwise.

My most recently published work is a novel called, Cure which is available for Kindle, Nook, KOBO, and in print.

It won Runner-up in the 2012 Halloween Book Festival and was recently optioned for film.

Kirkus Reviews has called it “Creepy and claustrophobic, with enough gore to please any zombie-phile, Frisch’s book begins promisingly. Her omniscient narrator takes particular joy in the visceral details of horror, tweaking the reader’s senses with a bevy of bodily fluids and dismembered limbs.”

Welcome to the Nixon Healing and Research Center, playground for the maniacal Dr. Howard Nixon whose cancer research has him dabbling in the undead, and the women of Strandville disappearing. Unable to cure the lethal infection which turns its victims into mindless, flesh-hungry mob, Dr. Nixon discovers a medicinal use where the side-effects may be worse than terminal cancer.

Desperate for a fresh start after her painful divorce and the stillbirth of her first child, Miranda Penton accepts an unexpected job offer to join Nixon’s security team, but her recruitment is no coincidence. She holds the genetic key to Nixon’s cure.

Nixon inseminates Miranda with a zombie fetus and holds her hostage, but her imprisonment is short-lived. A rescue team of locals led by her estranged ex-husband releases not only Miranda, but the infection on an unsuspecting hospital population. Miranda wrestles with the uncertain outcome of her pregnancy while trying to get away with her life.

The virus is spreading and must be contained. The center is going into lock-down. The group’s get away is threatened by a homicidal security guard and a raging storm. The town of Strandville is ground zero for the zombie apocalypse and Miranda must escape because the fate of humanity lies with her unborn child.

In Strandville, there are worse fates than becoming undead.

Awesome news Belinda! Be sure to keep us posted on the movie! What makes your Zombies different, if anything?

I would say what makes the zombies in Cure different is that they’re more test subjects, at least initially, than they are free-range walking dead. Cure explores what would happen if mad science was able to hybridize humans and zombies via in vitro fertilization.

Resident Evil, Dawn of the Dead, and the 28 Days movies.

I definitely think The Walking Dead helped increase the popularity of the genre. I love the show and find it to be an inspiration and a motivator.

I have to say I’m hooked on The Walking Dead myself. I’ve never read the comics or the books, so I love that unknown aspect factor of the show. Recent episodes have left me feeling completely drained and utterly devastated!

I have these gigantic candle holders with spikes on the top to hold the candle in place. They’re about the only things that would be useful in this room which makes me very unprepared. I think we could probably drive them through a brain or two, but unless potpourri burners, furniture, sugar gliders, or Shetland Sheepdogs count as weapons, we’re basically screwed.

Unfortunately Belinda, I think I’d have to agree with you! The Shelties may offer a diversion, especially depending on how active they are, but in the end, your lack of weapons may be your downfall. Good thing this pop quiz has let you know you need some serious weaponry!

I would like to thank Belinda for stopping by today for a bit of a chat. If you’d like to connect with Belinda, you can find her on Blogger, her Facebook author page or The Strandville Zombie Series page, and on Twitter at @B_Frisch.

Join me next week for another exciting interview!